Summer and Saucers in the Sixties

When I was a child my parents had very good friends that lived nearby. We all lived in a small hamlet along the coast of Great River located on the south shore coast of Long  Island New York.


My parent's friends  were a lovely quiet  conservative family who was not prone to flights of fancy or believing anything without hard facts to back it. They were a serious, successful couple who lived a  careful, well-planned life of thoughtful reflection and controlled emotion.

My parents enjoyed their company. My family and my parent's friends family would often spend time sharing BBQ;s in our yards or having clambakes along the waters edge during the long summer nights. We shared many good times with this other family.

The event I am going to tell you about happened shortly after the Fourth of July during the early 1960's. It was a Saturday night in early July

.My parents friends were celebrating their wedding anniversary on this particular  Saturday night in July. They had gone out to dinner and decided afterwards on the way  home to take a drive in their new Cadillac convertible  with the top down to the village dock to star gaze for a few minutes before returning home. The night was clear and the stars bright and clear.

The next day my family was sitting around having Sunday breakfast when the phone rang . My father answered it. My parent's friend was on the phone asking my father if he and my mother could stop over and help him as he was having some sort of problem with his wife and needed their help. Of course, my parents went right over rather concerned about such an odd request.


Hours later my parents came home and told us that their friends had a strange experience the night before at the village dock My father explained how after dinner the couple had taken a ride in their new car with the top down to the dock  They rode down to the docks edge where two other cars were also parked—the  occupants of the other cars were  also taking in the beautiful summer night sky.

My parent's friends said they were sitting there only a few minutes soaking in the night when they noticed a light coming in off the bay at the mouth of the river toward them. 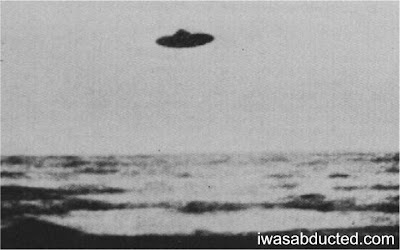 The husband  told my father it   happened quickly In a matter of seconds. As they sat in the car  they could see the light coming into the river  take form and right there, hovering in front of them over the river, was a huge craft—a huge flying saucer.

The man told my father that along with the other people parked at the rivers dock  they immediately became terrified and tried to start their cars in order to drive away.

They felt  very vulnerable with the  car top down but  he could not get the motor running or the top mechanism to work in order to close the convertible  top for  some protection.

He had explained to my father that the huge flying saucer just floated with a low, dull hum over the river for about a minute when the light show started.

The body of the craft  began to change colors— the grey first was  blue then red then orange and then back to blue. His wife began to panic and scream and tried to crawl over the side of the car.

He  could not start the car, He saw that  the other people in the other cars were running into the wooded areas adjacent to the dock as their cars also refused to start. He grabbed his wife and they did the same.


They ran into the foliage along the rivers edge and found a large fallen tree. They hid under the tree . From there they could see the river and that the craft was now shooting brilliant rays of incredible neon light across the water. They hid and watched in total fear. The craft continued to do this for about ten minutes. It then turned back to its original dull grey color and as quickly as it had made its way down the river, it made its way back up the river and took off into the night sky.

Within seconds, it went from being right in front of them to becoming a tiny dot of light barely visible in the sky above them. 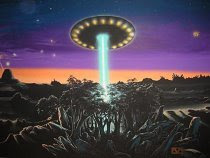 One of the owners of the other cars had made his way back to the dock and his  car . The others all watched as he started his car. Everybody then ran to their respective cars and sped away from that dock, engines roaring and wheels screeching.

A few weeks passed with this being the main talk of the community. The people were anxious and looking for  an explanation from the local police. Instead, the only  response was the entire experience  was becoming the laugh of the town as if the  'river people' had gone nutty.

My father now kept his shotgun loaded, and started to lock the house tightly at night. The other people who lived along the rivers coast seemed on edge too and we all stayed  closer to home especially at night.

The worst of it was the wife of my parent's friend who was there that night started to decline quickly.  She started taking lots of pills and drinking heavily. This once well-groomed, conservative lady was now often messy or drugged so that she constantly slept..  My parents were often upset and my mom received calls nearly every day asking for her to go check on her friend while her husband was at work. My world seemed to be turned upside down by this night of lights in the summer sky.

Eventually, the summer turned to fall and school started. The lady who was my parent's friend never did get  back to her usual self  and  her husband decided to buy a smaller house closer to his work and other family members so that he could better care for her. He kept his river home but seemed only to ride out and check it alone on weekends. We never saw them much after that.

My parents decided to sell our river home the following summer. I am unsure how much this incident contributed to their decision but we did leave our riverside haven and moved into the town near more people and far from the water’s edge.

I have no idea what happened that night over the river. I do not know what was there or what made the wife of my parent's friend snap like she did. I do know she lived out the rest of her life broken from what she witnessed that night about the river.

I realized as I grew up that this couple obviously had far more happen to them that night and either the husband did not remember it or choose to stay silent about it however it damaged his wife for life.

I often wonder how many other people like this couple and all those who were at that dock that night have similar stories about strange things seen on lovely summer nights. 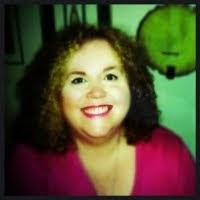 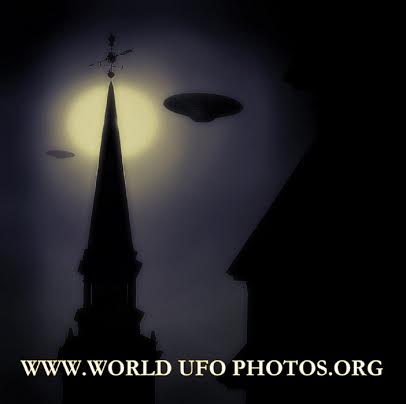 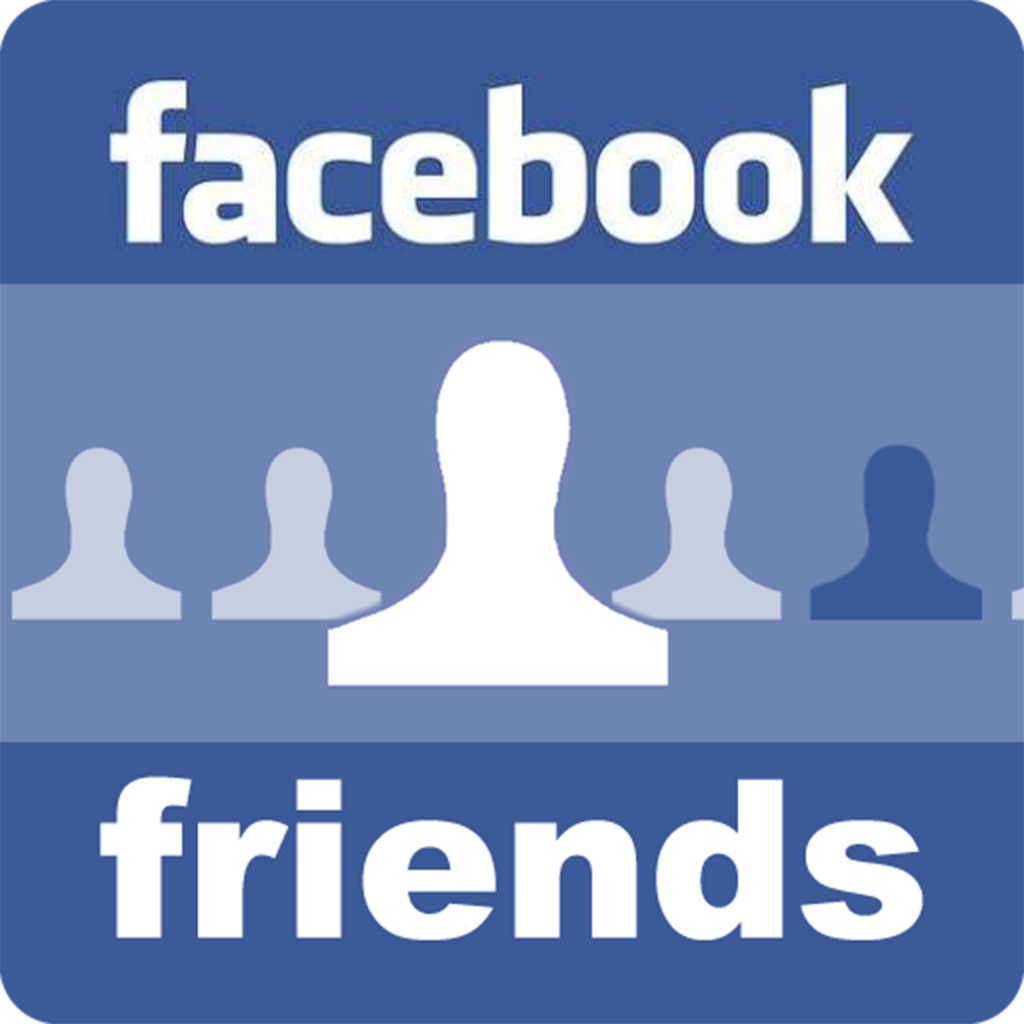 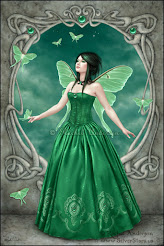 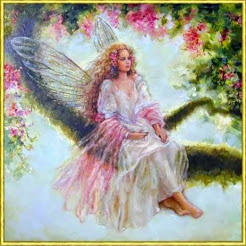 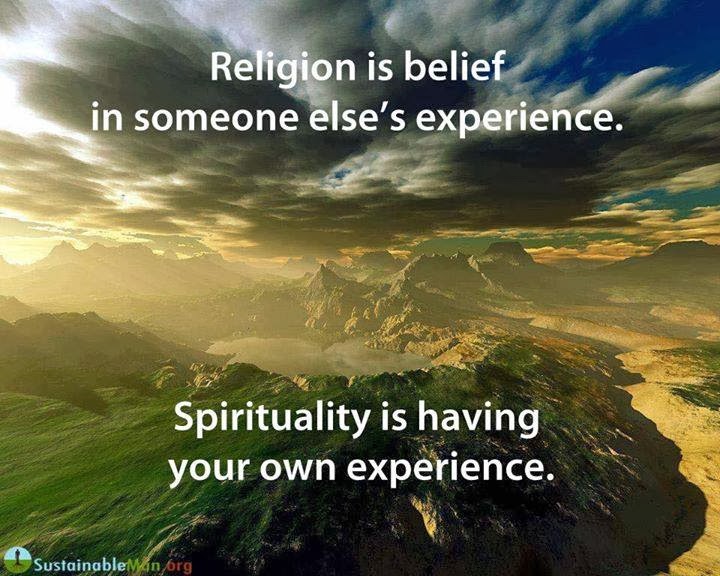 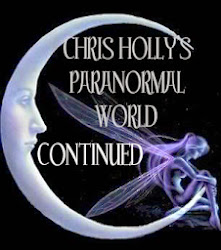